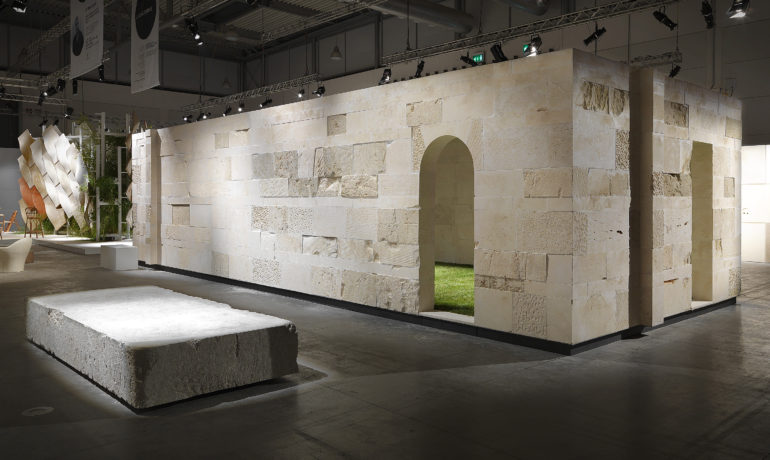 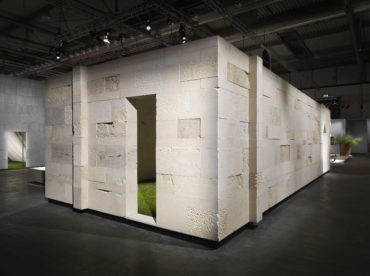 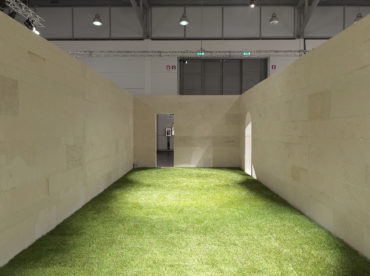 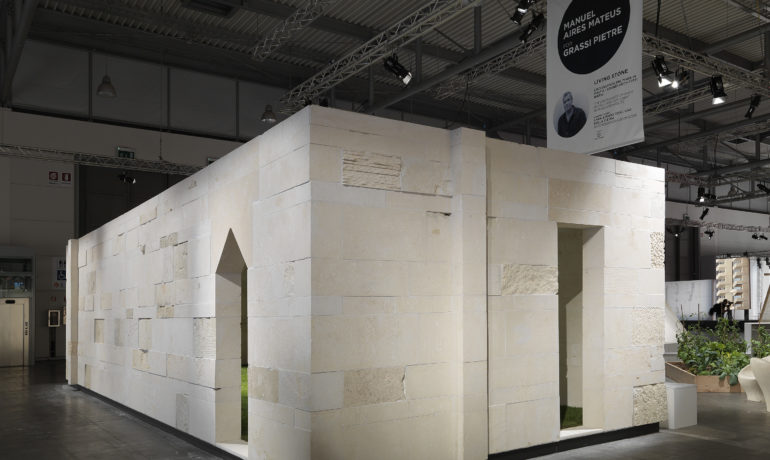 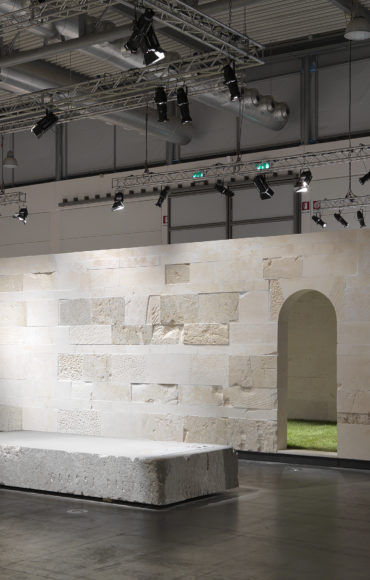 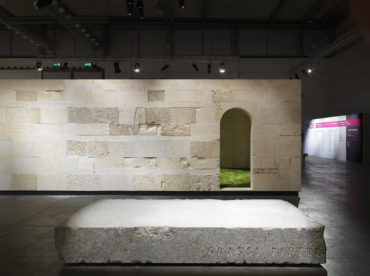 “Living Stone: architecture and design between the excellence of Made in Italy and the great Iberian architects”, an international event aimed at making architects and designers aware of the use of stone materials as well as promoting and increasing the creative abilities of Italian companies in the sector, is a project presented and promoted during Marmomacc 2014.

The general layout of the project – which had the patio house as its theme – consisted of four “lots” arranged around a central garden. Among these is the space born of the ambitious and interesting collaboration between Grassi Pietre and Manuel Aires Mateus, an internationally renowned Portuguese architect.
The experimentation that characterizes Grassi Pietre and the creative flair of the Iberian architect merged within a space – of twelve meters by six – which took the name of “Reflections on the House-Patio”.
The concept of the installation developed around the dialectic of two ideas: on one side the desire to symbolize the patio house as a place capable of “building” the void, a space within which Vicenza stone is (primary material for Grassi Pietre) to be used to define the limit and the boundaries between inside and outside, between what is empty and what is not. Secondly, Manuel Aires Mateus seeks and finds, through this project, clear and recognizable values, which can only exist in a timeless building, such as a patio house, and which can only be realized through the use of the only material that represents the eternal: the stone.
With “Reflections on the House-Patio” the architect Manuel Aires Mateus does not limit himself to an acute reflection on the stone house par excellence, the patio house in fact, but it gives shape to a project made entirely of massive stone, of the which Vicenza stone is the absolute protagonist, in all its nuances. The majestic walls, three meters high, were made by the artisans of Grassi Pietre through the wise overlapping of different blocks: a choice that, allowing the visitor the experience of looking and touching the stone, gives the house the status of a true and true own sensory container.
Project: Arch. Manuel Aires Mateus
Best Communicator Award 2014 “for the poetic reinterpretation of the patio theme and for a use of stone according to a non-repetitive model. The project evokes and reinforces the timeless value of the stone material “