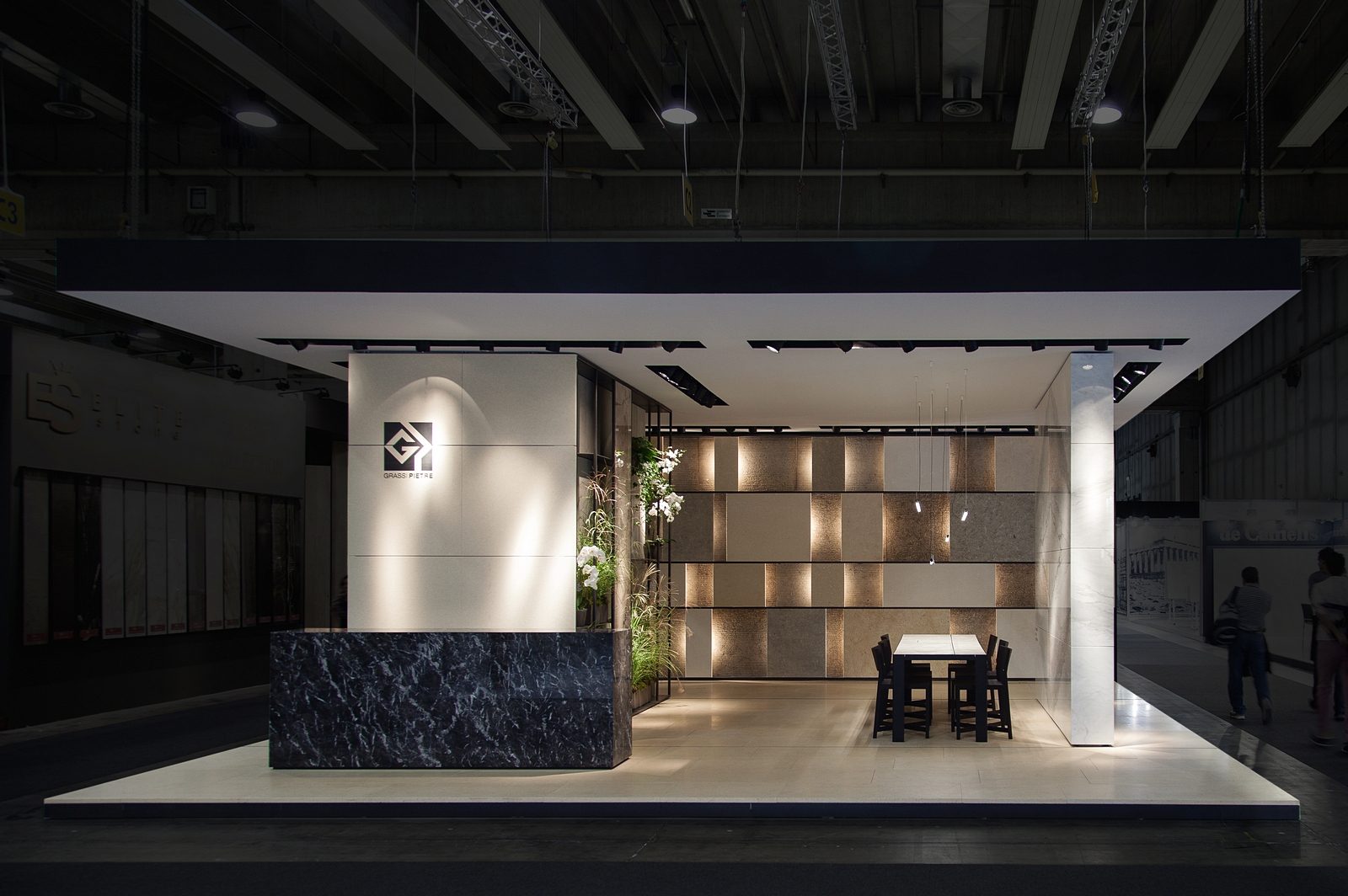 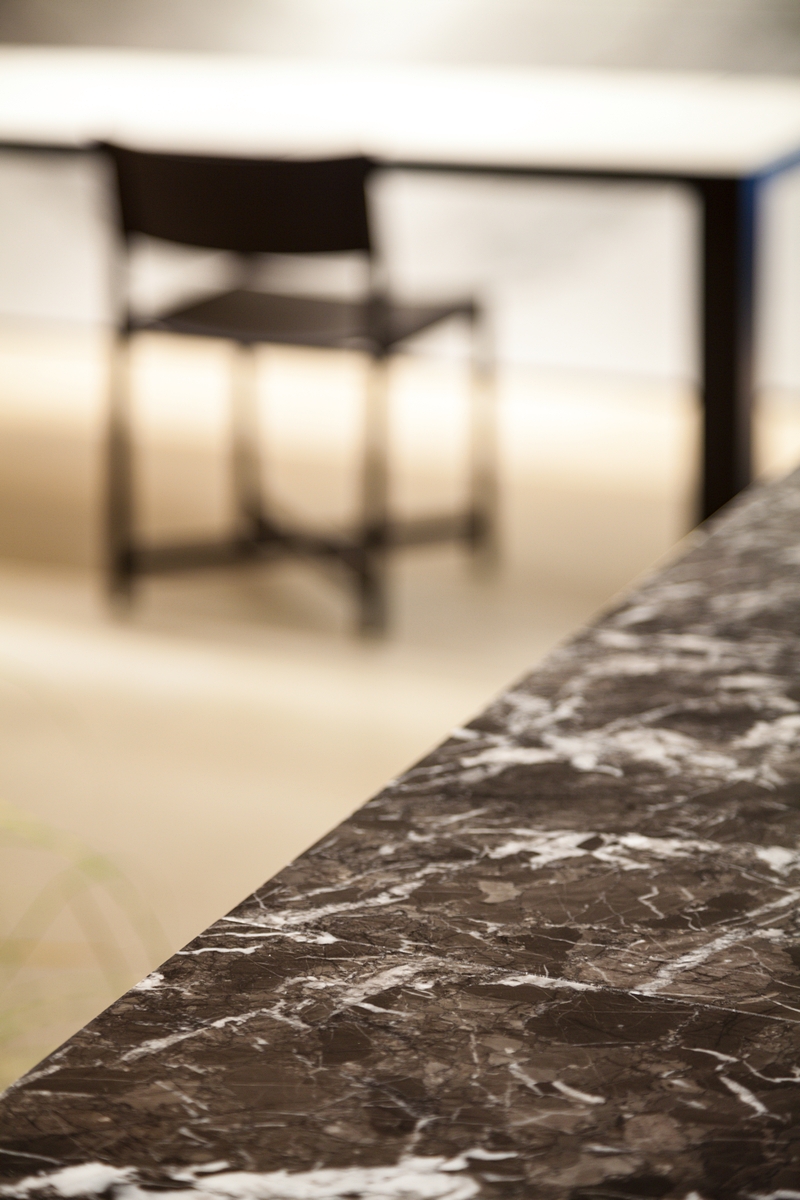 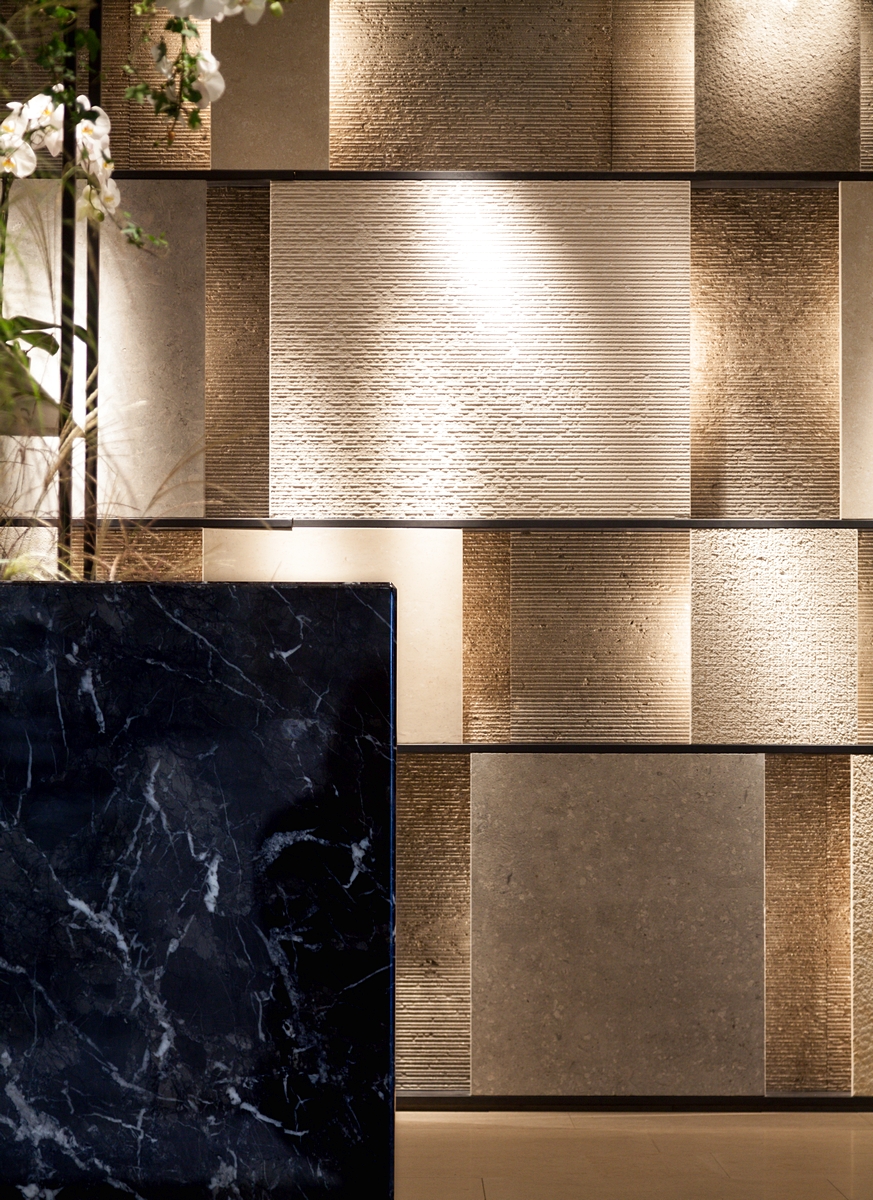 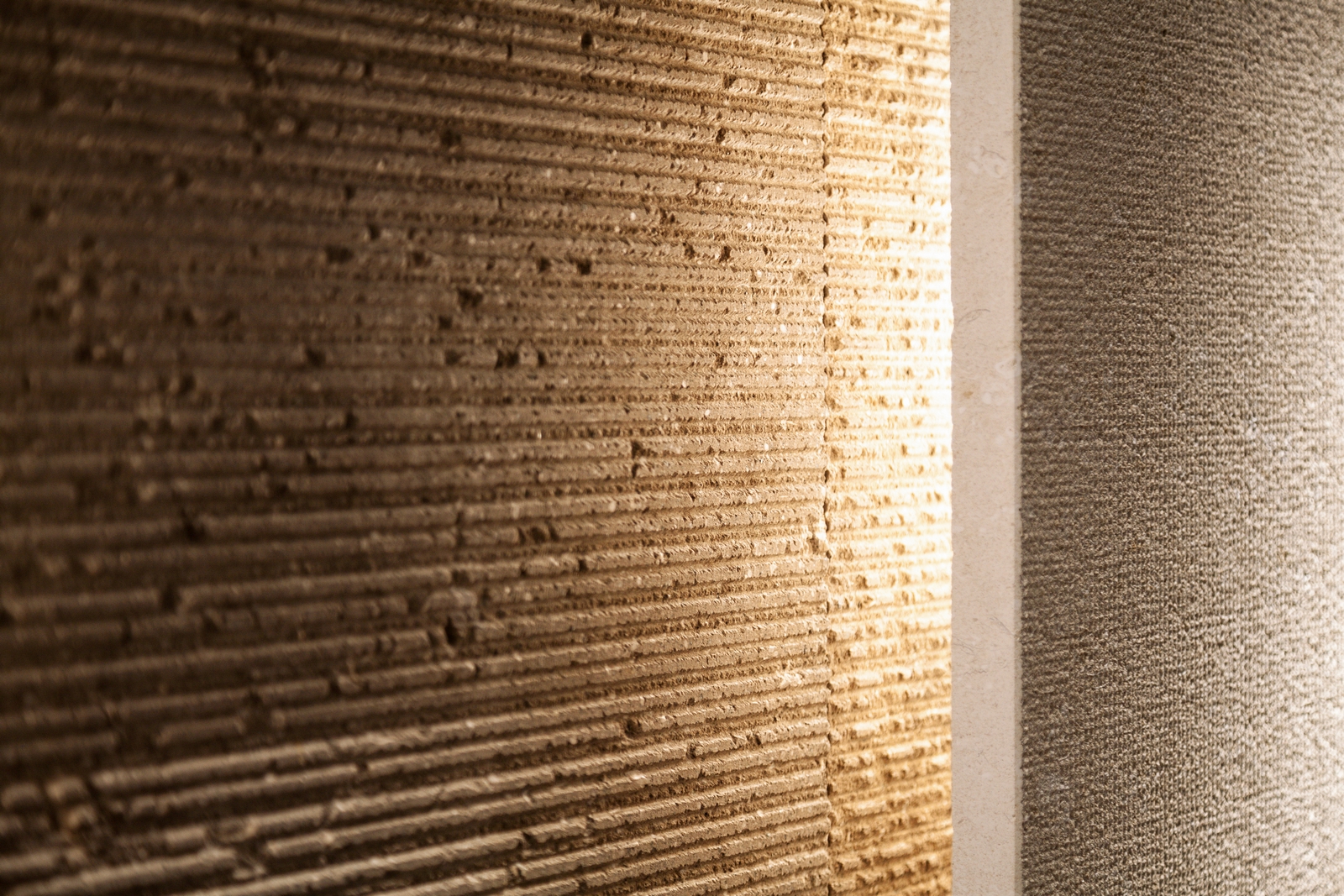 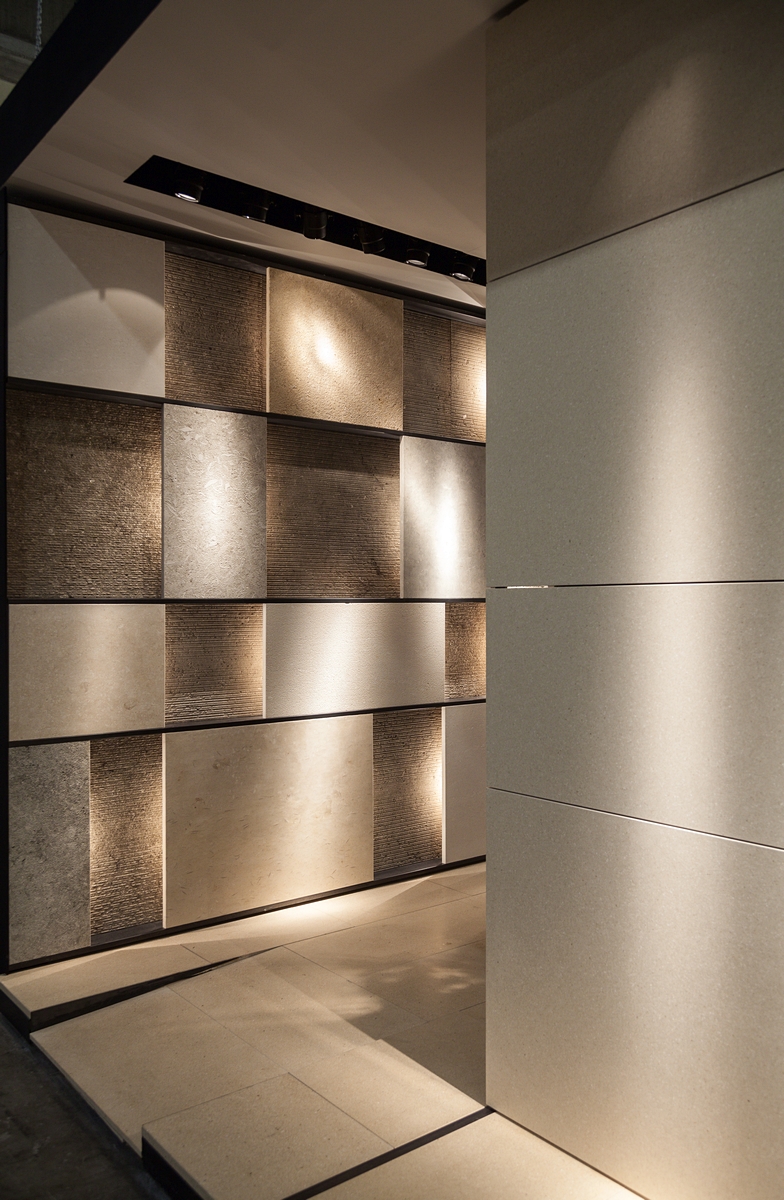 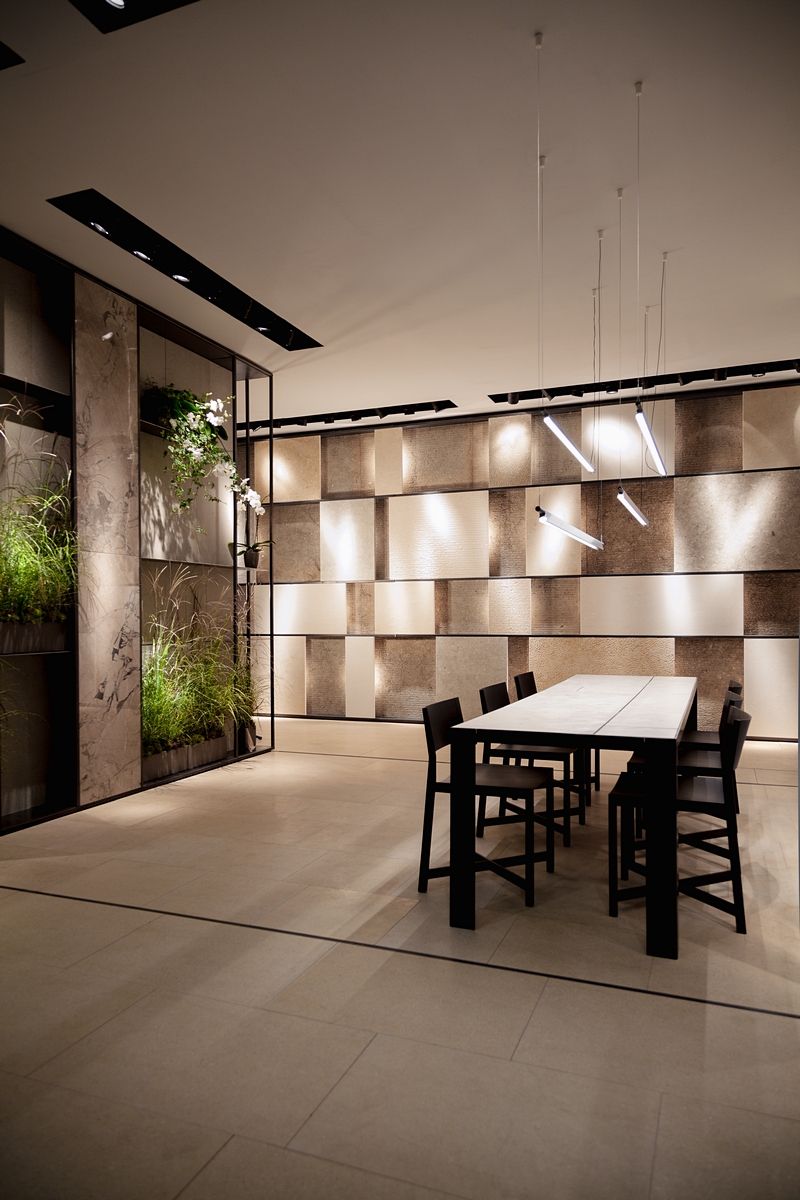 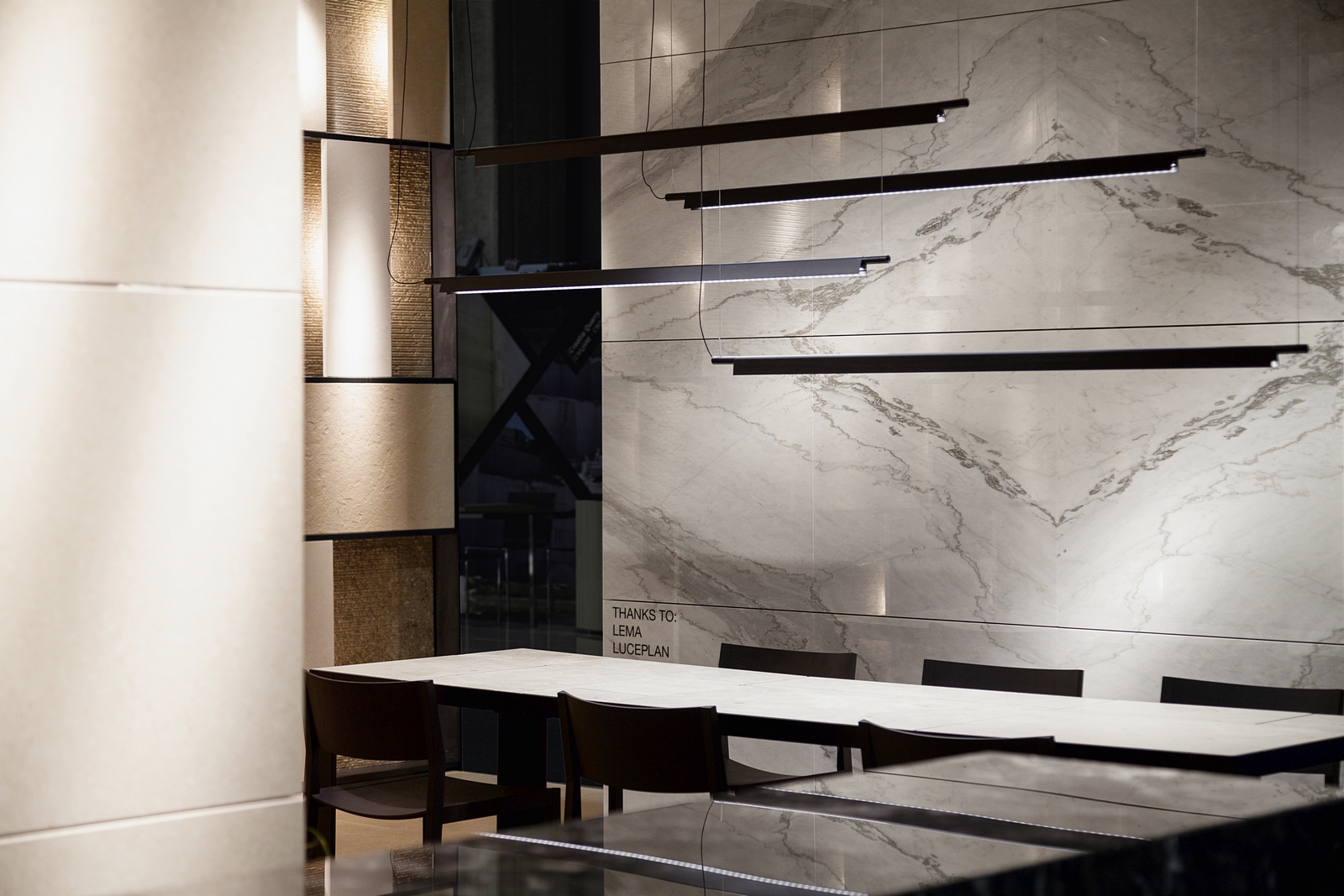 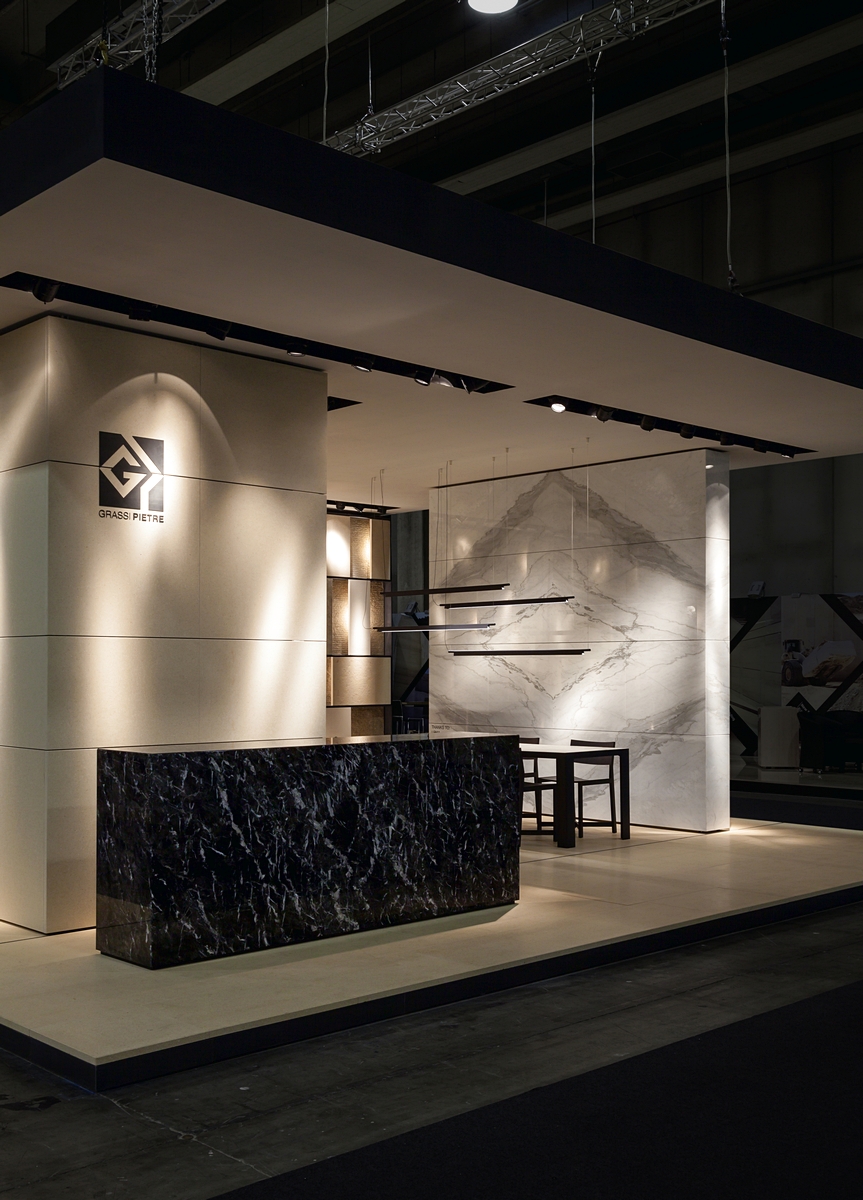 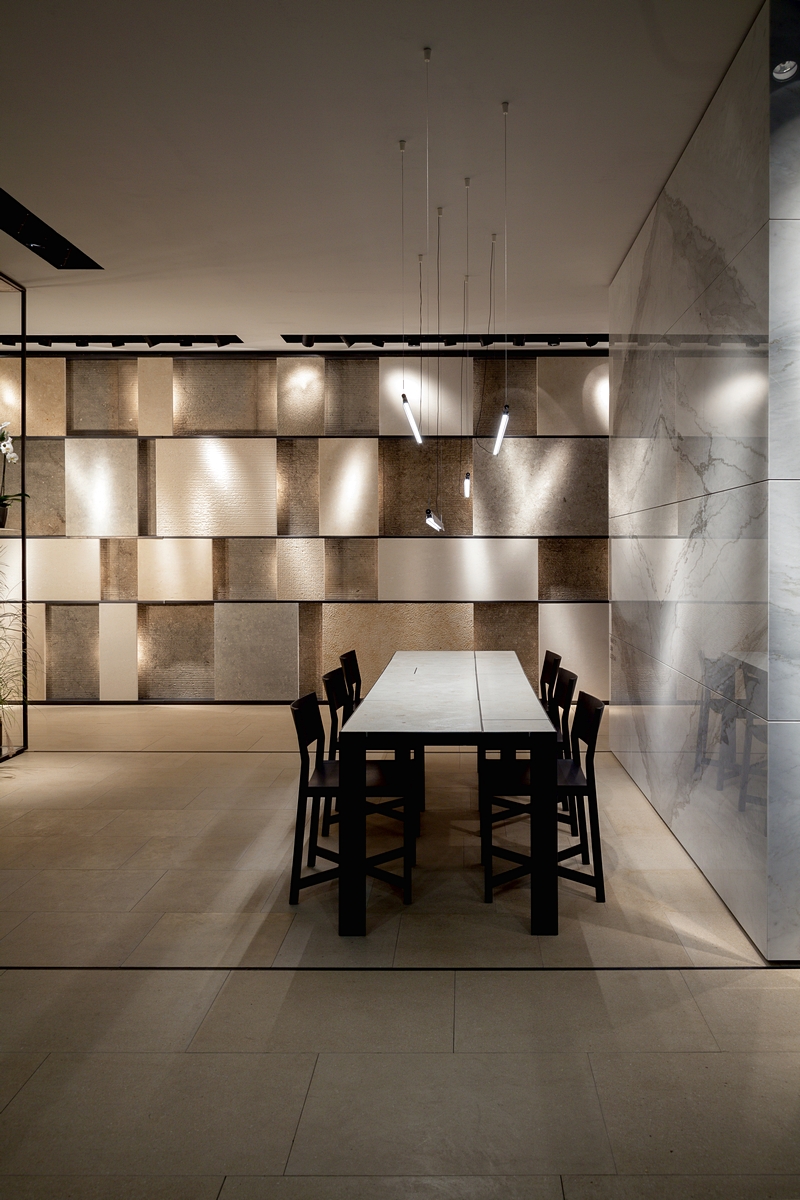 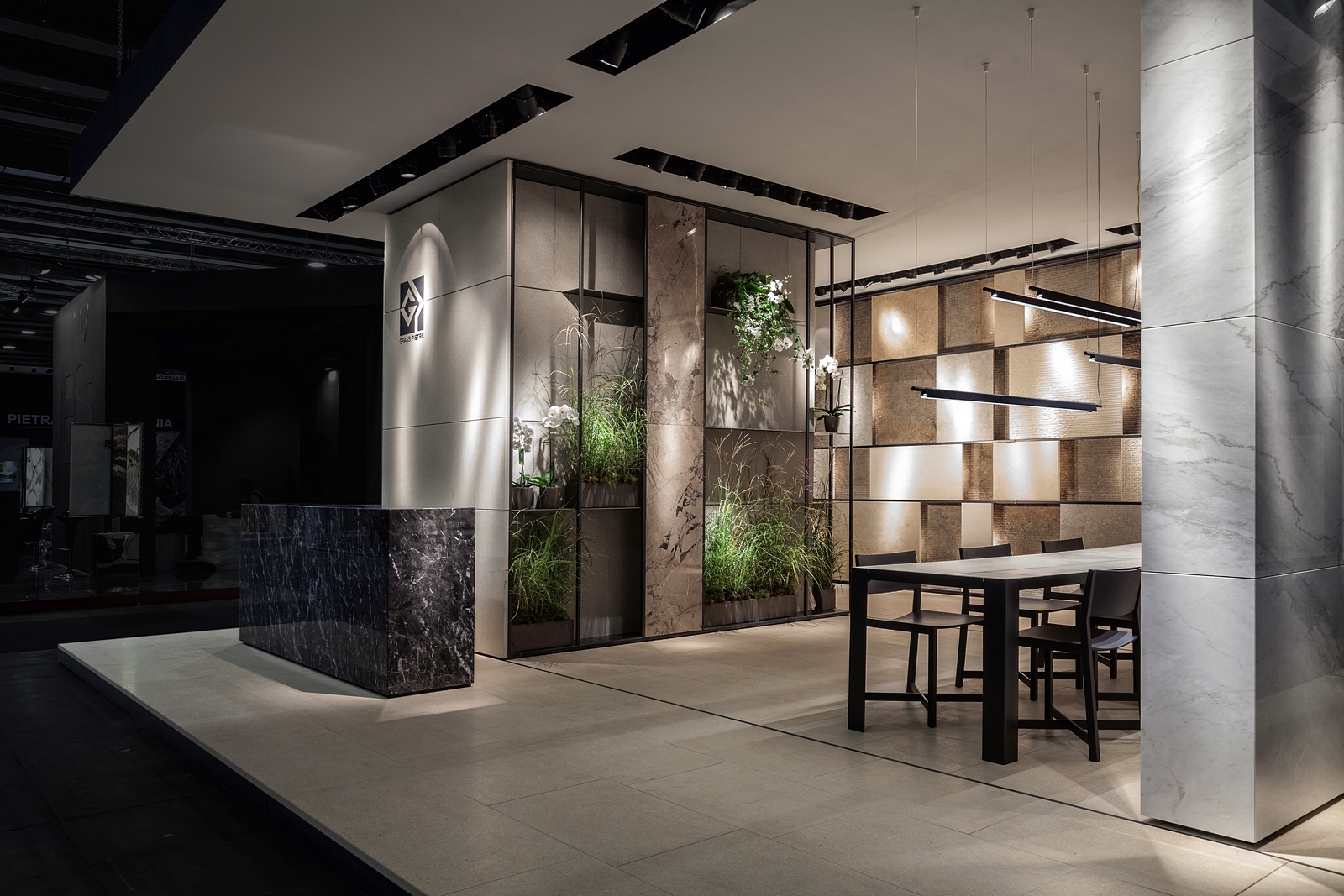 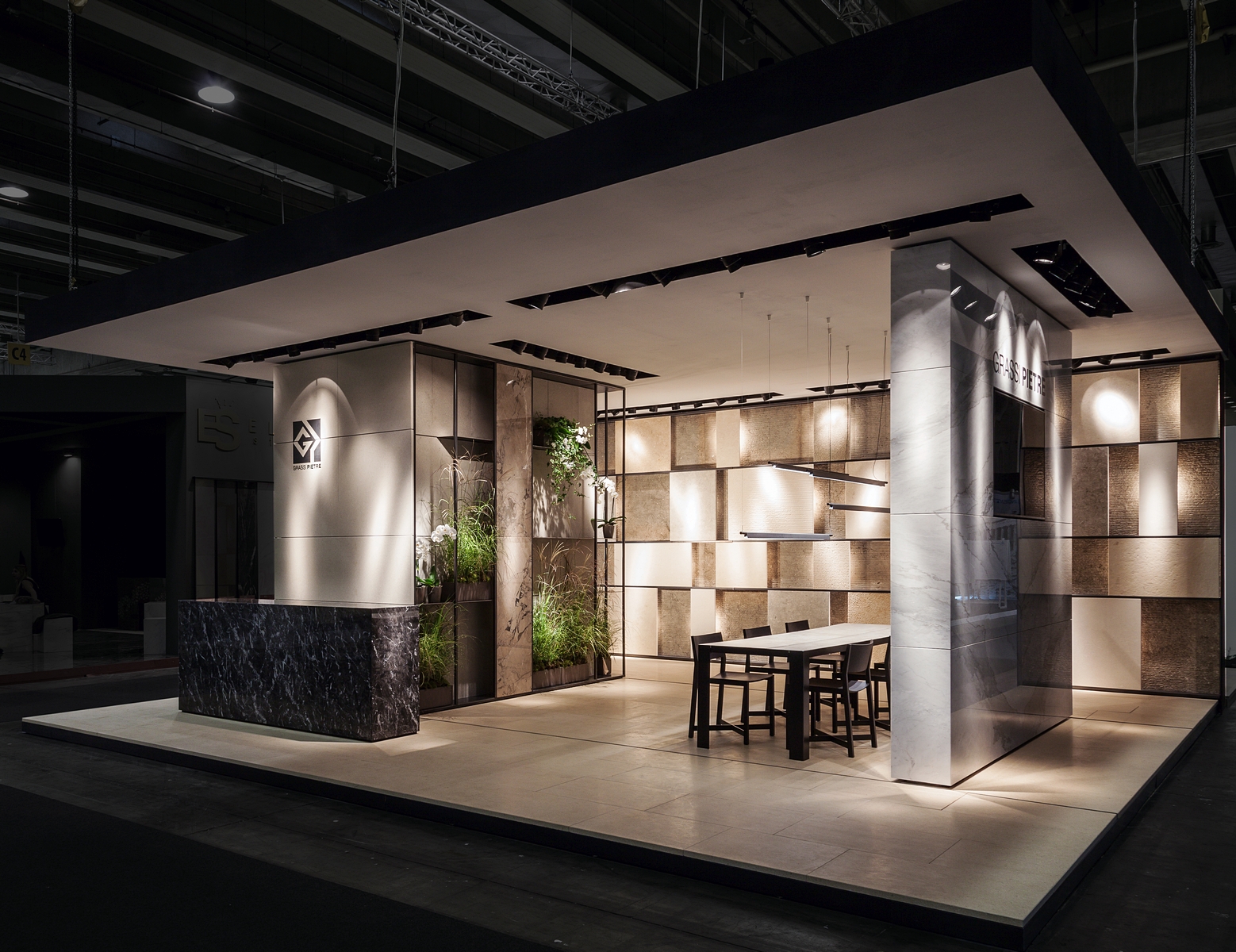 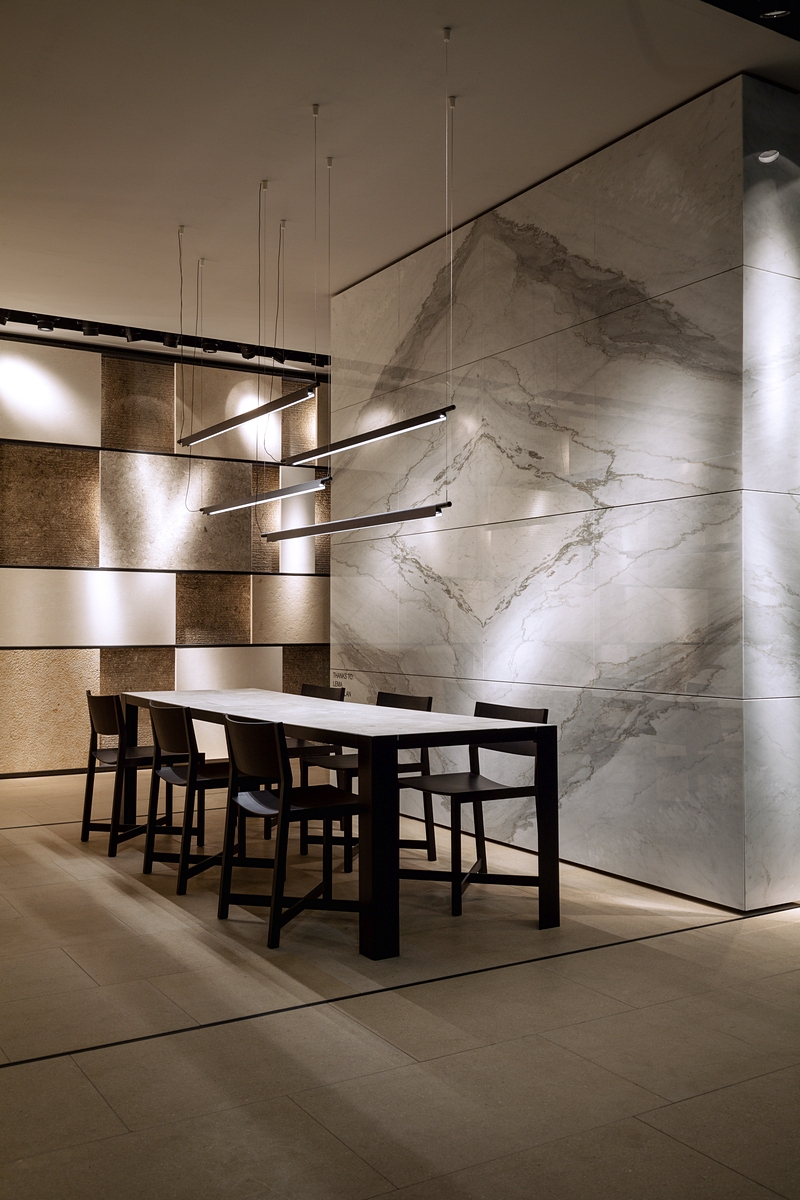 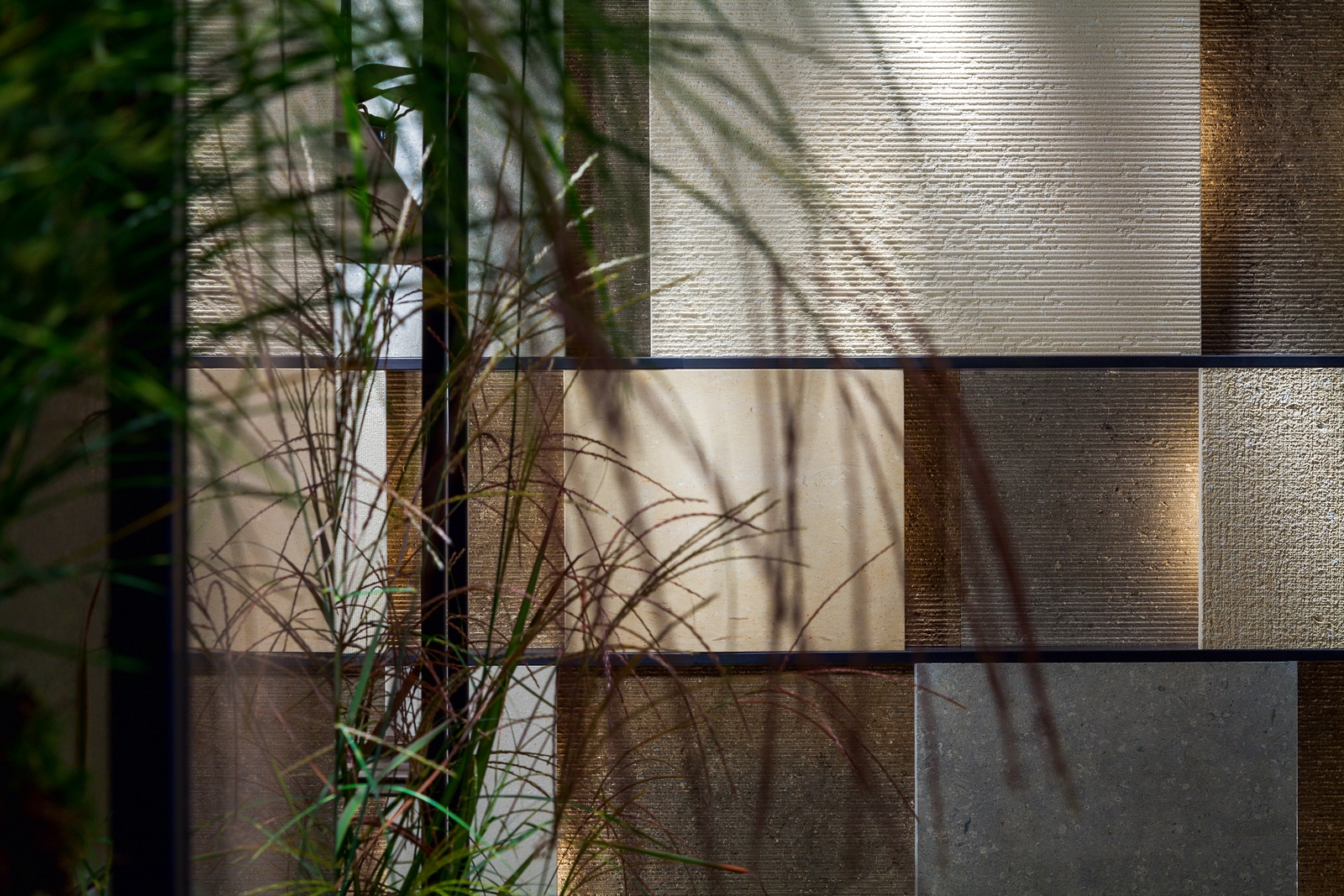 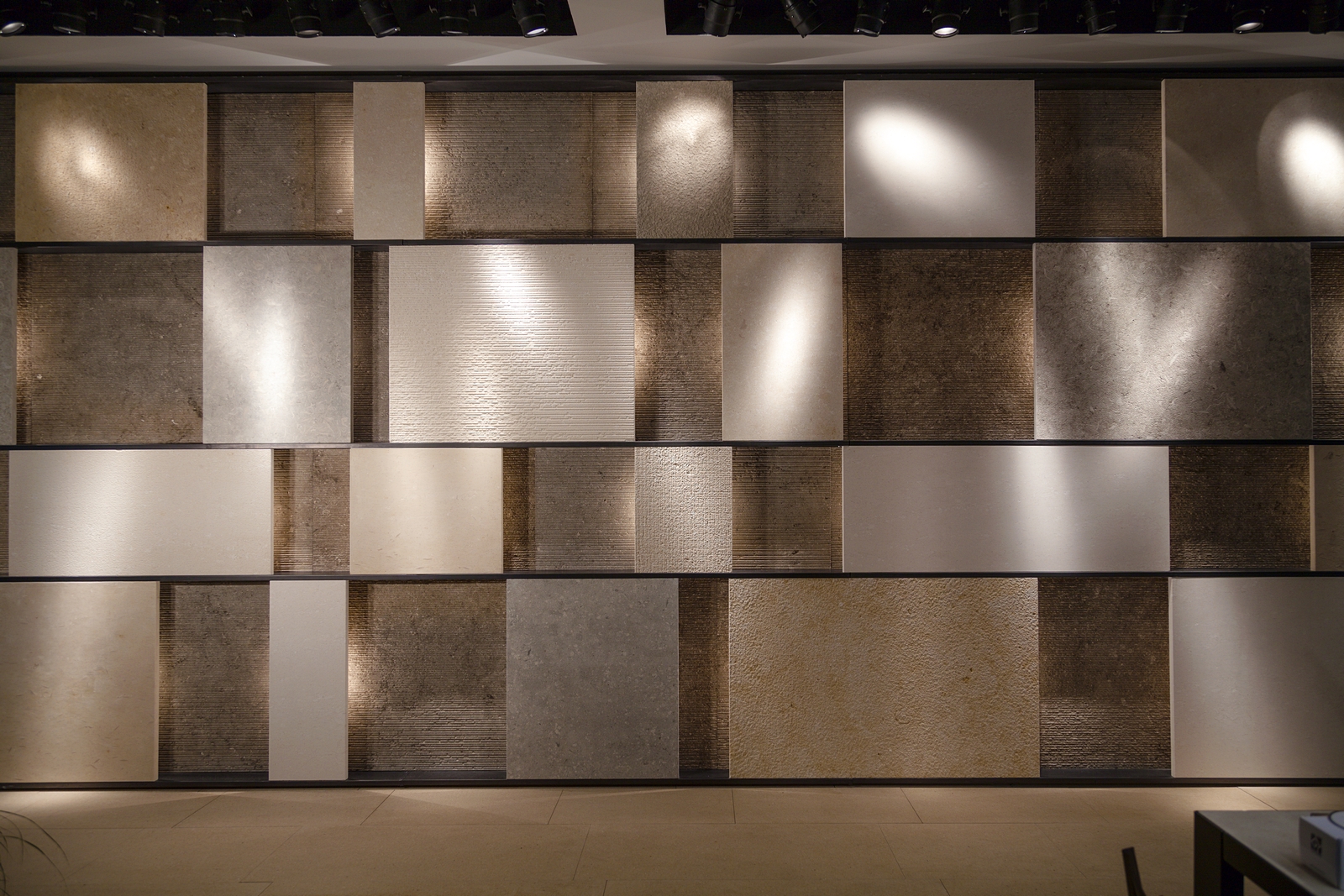 The truthfulness of stone. And light.
Grassi Pietre and Debiasi Sandri present the new booth at Marmomacc 2016

The fifty-first edition of Marmomacc was the occasion to inaugurate the new fair image of Grassi Pietre with a booth designed by Something office, London / Verona.

“This exclusive project – states Federico Sandri, Debiasi Sandri – arose from the desire of investigating the different potentials of the stone as a natural material, able to influence the perception of space and, therefore, to activate a strong relationship with people.”
For this reason, the back wall of the booth was imagined “as a theater stage, which values globally the relationship between the surface of the stone in every single variety, and the light. The used pieces , made in irregular forms, create a plot pf volumes that tunes harmonically with the whole booth space.

On one side Debiasi Sandri design office so focused on the relationship between stone materials and light, and, starting from this, creating an environment expressing hospitality.

“The stones of the back wall of the booth – continues Sandri – were made in irregular sizes and are located on two levels to be hit by the light in a in raking and incident way”. Each single surface has a different texture: some are inspired by the tradition and created manually as bushhammering. Other are a result of more contemporary processes and “assisted” by machines.
The combination of honed, jagged illuminated, surfaces and areas with either sharp shadows or twilights enhances the different aspects and the infinite potential of the stone, highlighting the structure of the material as well as providing an unexpected tactile experience. At the end, a real vocabulary to draw from to describe a space.

Inside the booth, Vicenza stone, in its different shades and finishes, keeps a major role, even if placed in connection with other materials: from the polished marble in monolithic elements at different heights working as a “contrast”, to the raw metal of some structures and, finally, to the solid wood of the furniture which, as a punctuation, bind the whole.

The using spaces of the booth are then described by areas taken from living archetypes: the conversational area with a metal table that supports a top in white stone, illuminated by diffused light, a container area where a Pietranova volume is closed to a lightweight metal bookcase, support for plants and flowers that represent the “live” element in the overall architecture.

All the architectural elements incorporated in the installation, both lithic and not lithic, are designed and arranged with a studied balance to create a warm atmosphere in which living means feeling well.